There are many reasons to want to travel to some of the most romantic destinations in the world with your spouse, maybe for Valentine break, Proposal, Honeymoon or Vacation.

Building a strong relationship and love story involves creating new memories together and this memories can be created by visiting new places, trying new delicacies and experiencing different people and culture.

It also changes your perspective of love and how you relate with your lover one.

5 Most Romantic Destinations In The World

Here are some of the most romantic destinations around the world from across Europe down to Africa.

1. The Isle of Skye, Scotland.

The Most impressive and largest island of the Inner Hebrides archipelago, Located on the west coast is known to house indented coastline and landscape that are admirable to visitors.

It is an island with a lot of mystery and tales. There are beautiful dinosaur prints on it soft rocks. 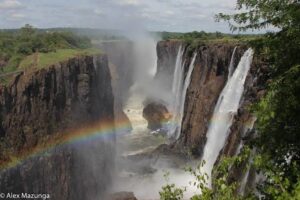 Recognized as one of the seven natural wonders of the world and the largest waterfall in the world is located between Zambia and Zimbabwe in the continent of Africa.

If you are interested in seeing the African wildlife, Animals like the Elephants, Lions, Cheetahs, Leopards down to the Buffalo can be spotted around the waterfall.

The world fastest bird – Peregrine Falcon- can also be found flying across the water surface in an attempt to grab fishes.

The existence of this water fall is a result of the Africa largest river, The Zambezi River.
The waterfall is called Mosi-oa-tunya by the Locals, it means ‘The smoke that Thunders’.
In Honor of Queen Victoria of Great Britain, it was renamed the Victoria Falls by Scottish Explorer David Livingstone. 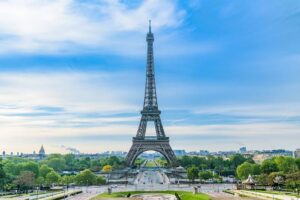 Said to be the global art, fashion and culture center with its famous Eiffel Tower is one of the world most popular and visited cities, it is referred to as the city of love.

It is a historic city, it’s oldest bridge, Pont Neuf was built in 1604.

The Louvre Museum receives over 9 million visitors each year and has 460,000 although only 35,000 of the pieces are seen by the public.

The Porte des Lilas Metro Station is one of the 14 abandoned stations and it is now used for Film set. 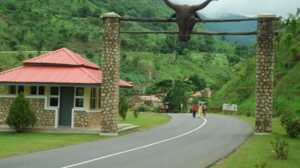 Close to the Cameroon Border, In the Plateaus of Obudu, Cross River Nigeria is the Mountain Resort.

Despite the Africa’s tropical heat, It’s temperate can be said to be an exact opposite, it is very calm and welcoming.

Developed by Scottish Ranchers in 1951 has remained one of the most fascinating locations to visit in Nigeria.

The green Hills and gorgeous Mountains are captivating to Visitors. 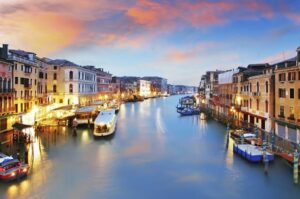 Refered to as the city of Romance, It has about 118 islands and are connected by over 400 bridges and 170 canals.

Venetain Folklore claims that if a couple in a gondola kisses as they pass underneath a bridge they are bounded in love forever.
There are over 450 Fascinating palaces in Venice.

In a list of top 20 Places to visit in the world, these 5 would find their way in to the list. You should visit them, use travelstart as your travel agency.

Share your experience and excitement with us on twitter @theinfopeak, We would love to hear about your tour.

Strange Marriage Practices around The World