There has been a tremendous rise in blockchain technology ever since the invention of bitcoin and its subsequent rise in popularity and value.

Over the years, the blockchain industry has birthed new cryptocurrencies, new frameworks, and platforms and one is Ethereum.

Contents hide
1 What Ethereum is All About?
1.1 Features of the Ethereum Network
2 Is Ethereum the same as Bitcoin?
2.1 What are Smart Contracts?
3 How To Access ETH in Nigeria
3.1 Related Posts

What Ethereum is All About?

Ethereum is a global, decentralized and open-source computing platform that facilitates the creation of smart contracts and the development of decentralized applications, also known as DApps.

Features of the Ethereum Network

1. Immutability: It is secured from third-party interference that may want to change data.

2. Secure: Due to its decentralized system with no central point of control and is encrypted using cryptography, applications on the Ethereum network are well protected from hacking and other fraudulent activities.

3. No Downtime: The applications never go down, run slow and can never be switched off.

4. Temper and corruption proof: Ethereum is based on a principle of consensus thereby making censorship impossible.

Is Ethereum the same as Bitcoin?

Ethereum is similar to bitcoin in that it is also a publicly distributed blockchain platform.

However, there are several significant technical differences between the two networks, the most significant difference is in their purpose and capability. 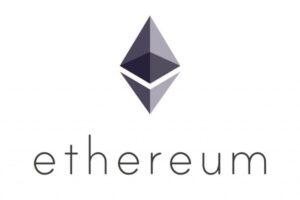 Bitcoin offers only one application of the blockchain technology which is a peer to peer virtual electronic financial system for digital currency (bitcoins).

The Ethereum network, on the other hand, is much more capable of being used for various applications of the blockchain technology such as launching new cryptocurrencies, developing decentralized applications (DApps) for different sectors amongst other applications.

In the Ethereum blockchain network, miners mine for Ether instead of Bitcoin. Ether is a crypto token that fuels the Ethereum network.

Ether is tradeable like bitcoin and is used by application developers to pay for transaction and services on the Ethereum blockchain.

There is also another token used to pay miners on the Ethereum network called gas and every smart contract requires a certain amount of gas to pay miners to add the contract on their blockchain nodes.

What are Smart Contracts?

A smart contract is used to describe computer codes that facilitate the exchange of anything of value such as money, shares, documents, content, etc.

Smart contracts that are run on a blockchain platform operate like a self-operating software program that executes tasks when specific programmed conditions are met.

Ethereum allows developers to use smart contracts to create whatever operations that they want and are not susceptible to any possible incidence of third-party interference, fraud, downtime or censorship.

The Ethereum Virtual Machine (EVM) is a Turing based software that runs on the Ethereum network and which facilitates smart contracts to be executed. It enables the development of blockchain applications in a much easier and efficient manner.

The EVM is the core innovation of Ethereum that differentiates it from all other blockchain networks.

Some of the applications that have been developed on the Ethereum blockchain network cut across a broad range of services and industries. These include
Gambling DApps like FCK, PlayOx, Play2win.io, dice2 amongst others.

More DApps are being developed on the Ethereum amongst which include:
Weifund which provides a crowdfunding campaigns platform.

It turns contributions into contractually backed digital assets that can be traded within the Ethereum network.

BlockApps provides all the tools needed to build, deploy and manage decentralized applications.

Augur is an open-source market for forecasting and predicting events and users get rewarded if their predictions come true.
AS the Ethereum network continues to grow, more DApps will be developed which will make access to the Ethereum network easier to access and may become the main platform to develop applications that will help decentralize digital operations across different industries and sectors.

To access the Ethereum network, one of the easiest way is to its native browser, Mist. Mist has a nice user-friendly interface and comes with a digital wallet for users to trade and store Ether as well as to write, deploy, use and manage smart contracts.

Mist provides a means into exploring the world fo decentralized applications on the Ethereum network.

Also, there is the MetaMask browser which is a Google Chrome extension that turns Chrome into an Ethereum browser. MetaMask also allows anyone to develop decentralized applications using just their browser.

There are a lot of other browsers being developed that will help make the development of DApps easier and accessible even to people without technical knowledge.

As the Ethereum network continues its rapid growth, it will help change the way the world uses the Internet.

DApps will help cause a monumental change in the way information on the Internet is exchanged and disseminated leading to an Internet where people exchange information without any intermediaries or interference thereby leading to a more open world where privacy issues will be a thing of the past.