Contents show
1 It is indeed intriguing to know that the gods smoked weed or the gods themselves were the weed.
2 Indian Hindu Lord Shiva
2.1 First version
2.2 Second version
3 The Aztec goddess Cihuacoatl
4 Bena-Rimba
5 Rastas
5.1 Was this page helpful?
5.2 Share this post:

It is indeed intriguing to know that the gods smoked weed or the gods themselves were the weed. 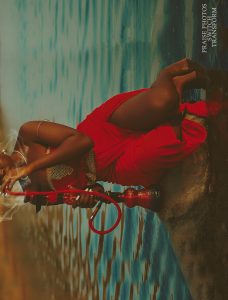 The origin of the plant is thought to have come from Central Asia, with its wide acceptance in Africa, one will think that the plant originated in that continent.

Cannabis was introduced to Africa through trading, it did not originate in Africa, tribesman chews the leaves before they develop the art of smoking.

Some tribes accepted it as a gift from God and others even made it their god, while others saw it as a sacred plant and included it in their religious rituals and practices.

Just like in ancient history when cannabis was used as an entheogen (substances that induce any type of spiritual experience aimed at development or sacred use). It gets them high into the spirit realm where they connect with their gods, and even witches smoked too get stoned, to enable them to switch into different worlds.

Note: weed in this article, Weed will be used as a collective name for both cannabis and marijuana(and the likes of them). They literally mean the same thing.

Shiva is known as “The Destroyer”, he is one of Hindu religion’s three major gods I.e within the Trimurti, the Hindu trinity that includes Brahma and Vishnu.

There is a general belief that Shiva smoked marijuana before meditation to enable him to relax and focus. Some of his believers try to mimic him by smoking to remain celibate, while others disagreed that the god did not smoke since he’s not human.

They maintain that the god being stoned was not a lie, but he did not use any substance because he was the substance itself. Of the many names with which Shiva is referred to, Soma is one of the important names. Soma literally means intoxication.

Furthermore, they tried to prove that coming to several pictures where Lord Shiva is shown having a Chillum is baseless because no Veda (Hindu text or scriptures) talk of Chillum association with Shiva, the pictures seen with Shiva and chillum are a creation of humans own mind.

Many people take Bhang (bhang is an edible preparation of cannabis originating from the Indians).

They drink it to purify their souls and save them from going to hell in the future) as a precious gift of Shiva and that is a total misconception. While people that agreed backed up their agreement by Lord Shiva and Bhang’s story (a story which had two versions.)

Samudra Manthan(a war between demons and the gods) In order to protect humans, Lord Shiva drank this venomous poison.

He was later offered bhang to feel fresh.
Marijuana is supposed to be a coolant. It lowers down the body’s metabolism and that brings the overall body temperature down, and the same is the case with Bhang.

According to legend, once upon a time, Shiva had a very serious argument with his family. He wandered off into a field, where he slept under a cannabis plant.

When he woke up, he felt hungry and so consumed some of the cannabis. After consumption, Shiva felt an instant source of rejuvenation and refreshment. This, therefore, made him adapt to cannabis as his favorite extravagance.

From both points of view, a fact here has been established, that there is a strong connection between Lord Shiva and weed. Either he was the weed or he smoked weed.

Aztec, self-name Culhua-Mexica, Nahuatl-speaking people who in the 15th and early 16th centuries ruled a large empire in what is now central and southern Mexico.

Goddess Cihuacoatl (snake woman) was one of a number of motherhood and fertility goddesses.

Aztec goddess Cihuacoatl had a body consisting of tobacco. Of the many goddesses that existed at that time, their king saw Cihuacoatl as superior and most important.

The priests that performed human sacrifices wore tobacco gourds as symbols of divinity. In recent times, the Tzeltal Maya(The Tzeltal are a Maya people of Mexico, with the Tzeltalan language) still sacrifice 13 calabashes of tobacco at New Year.

The smoking of tobacco and various other hallucinogenic drugs was used to achieve trances and to come into contact with the spirit world. In this case, the goddess was the weed.

“Bena-Riamba”, which means “the sons of hemp” comes from the Bashilenge tribe, who formed their entire religion around the use of dagga(cannabis). Their culture regarded marijuana as a god and the pipe as a symbol of peace.

Chillum (hemp pipe) was of a great significance to Bashilenge tribe, no peace treaty,agreement,
marriage, trading activities or even holiday was effectuated without it.

It carried the presence of their god and had the power of keeping bad energies away. It was taken to war, they believed it to be their good luck charm.

It was also used in treating crimes when accused of a crime, the native in question will have to smoke weed until he confesses or goes unconscious…
In the Bashilenge tribe, women were rarely allowed to smoke dagga.

The next religion did not regard weed as their God, neither did he(their god)smoke weed, but I find it to be a very interesting religion.

Rastafari, also known as Rastafarianism, is an Abrahamic religion that was developed in Jamaica under the continent of Africa in the year 1930, people who practice this religion are called Rastafarians or Rastas.

Rastafari sees ganja (cannabis) as a sacramental and deeply beneficial plant that is the Tree of Life mentioned in the Bible and quoted in the book of Revelation chapter 22:2 “KJV:

In the midst of the street of it, and on either side of the river, was there the tree of life, which bare twelve manner of fruits, and yielded her fruit every month, and the leaves of the tree were for the healing of the nations”

Several other biblical passages further promote its use, such as

Thorns also and thistles shall it bring forth to thee; and thou shalt eat the herb of the field;

KJV: And the Lord said unto Moses, Stretch out thine hand over the land of Egypt for the locusts, that they may come up upon the land of Egypt, and eat every herb of the land, even all that the hail hath left.

The marijuana is usually smoked in a pipe (or “chalice”) and a short prayer is always recited before it is smoked:

“Glory be to the father and to the maker of creation. As it was, in the beginning, is now and ever shall be World without end.”

They have “reasoning sessions” (sharing of pot in the round table) where members come together to discuss life according to the Rasta’s perspective.

They see the use of ganja as bringing them closer to Jah (God), allowing the user to penetrate the truth of things more clearly. Ganja gives spiritual benefits. It helps them meditate and get in touch with God. It helps them find a peaceful, contemplative inner voice.