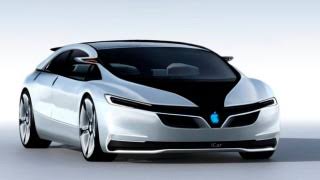 Electric vehicles(EVs) are steadily fading as ‘the future’ to becoming ‘the present’ means of passenger transportation with the increasingly popular demand and manufacture of the sort. 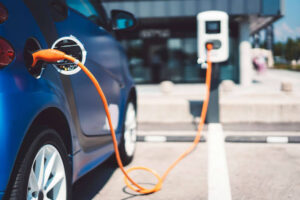 What is there not to like about EV’s? Whether it is the economic-friendliness or the fact that it adds little or no effect to the depreciating condition of our climate, unlike vehicles installed with internal combustion engines.

Seeing the market potential EVs bear, some top automobile manufacturers, to mention a few: Chevrolet, Nissan, Renault, BMW, Jaguar and — all-electric vehicle manufacturer  — Tesla has leveraged the booming innovation with the production of a variety of different electric vehicles, some which are interestingly self-driving.  And the competition seems to only become more intense with the likely introduction of Apple Inc.

Tech giant, Apple, is said to have for years now, been working on a new project. This involves primarily, the manufacture of electric cars.

Contents show
1 The Full Gist On Apple Car
2 A Direct Rival To Tesla’s Model S Range
3 Design
4 Charging Rate To Expect In The Apple Car
4.1 Was this page helpful?
4.2 Share this post:

The Full Gist On Apple Car

Apple, who are the owners and manufacturers of custom products such as iPhone, Macbook, iPad, and several other gadgets, are looking to extend their manufacturing chain to the automobile industry through a project dubbed ‘Project Titan’, involving the test of variant automotive innovations that leads to the end-product of a car — Apple Car. The vehicle will be Apple’s maiden automobile product. 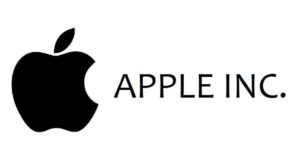 Project Titan is suggested to be ongoing and has been for years. Apple Insider reports that the clandestine project is happening in a hidden lab known as ‘SG5’ in Sunnyvale, California.

While all these are just rumored indications pointed at the possible reality of an ‘Apple Car’ — and many more — in the future, it will interest you to know some of the hype elements tied to the news and what they pose.

Apple will not enter the new market as a rookie manufacturer. They have a streak — beginning with their distinct phone, tablet, and laptop productions — of going head-on with the top competition in any market they venture into by making the central product, as I said, ‘distinctively’ better. Therefore, it will be a case of Apple versus Tesla, which is undeniably the leading manufacturer of electric vehicles. 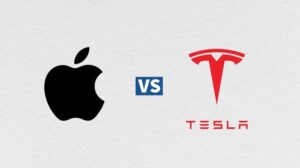 Elon Musk’s company Tesla may be the second-largest manufacturers of electric cars, behind the merged Nissan-Renault, however, its modifying range and feature design put it miles ahead of other competitors. One of the effective strategies that make Tesla a prominent go-to manufacturer is its range per charge.

Thanks to their learning unto aerodynamics, which simply makes a vehicle less weighty, the fastest electric car Tesla Model S Plaid could go 390 miles before running its battery down. Such a factor is one that Apple will be working to rival or even surpass. And with the rising momentum surrounding the release of the Tesla Model 3, which will better the range of Model S, Apple will think further about the manufacture of 450-500 mi/charge cars. 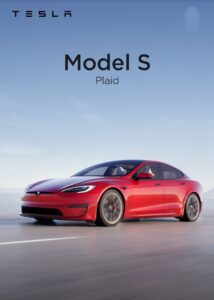 Apple will be inclined to follow the concept of aerodynamics, just as Tesla has been doing, to edge their range. Adding to this, we will be expecting a ringing external design. We’ve seen it in the sleekness of iPhones and Macbooks. So we won’t be expecting anything average or less.

In a 2016 report by Business Insider, a concept vehicle of what the Apple Car would look like was attached. Designed by Aristomenis Tsirbas, it was the winner in a contest hosted by Freelancer.com.

“The one shown above was the winner and is described as having external high resolution LED screens front and back for head and taillights, as well as doors that open laterally, ” Cadie Thompson wrote.

Charging Rate To Expect In The Apple Car

Another advanced feature to expect in the Apple Car is its fast-battery range should be faster than the forthcoming Tesla Model 3’s 1 hour, 33 minutes, and 32 seconds of charging. ( Formula E racer Alexander Sims confirmed this during a test drive in September 2020). Self-driving technology standard, built-in security against cyber attacks, gesture control, etc, according to Tech Insider, are all significant in visualizing what the Apple Car would look like. 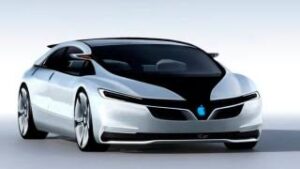 The metrics for these overwhelming expectations are tied to Apple’s ability to compete fiercely in the EV market, and if they are bent on doing so, then they should be able to surpass the current piercing features of the best electric vehicles and, even more, add new catches.