When people say “weather for two” on a cold night, the common reply is to ask if such a person is ready for the responsibility of parenthood especially since the knowledge of colic in babies is now there.

The desire to fall in love, to make babies, and to build a home reaches its highest when we become young adults. Even our parents start to nudge us to bring someone home.

As soon as we get married, the next thing that occupies every body’s thoughts is babies. As fancy as the idea is, taking care of babies is a near-superhuman work. Especially when they start their colic episodes. 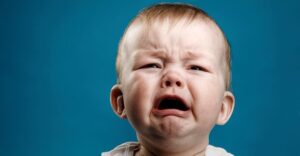 Colic is that loud, often annoying, cry of a baby. Colic is different from the normal cry of a baby, in the sense that colic, mostly, has no cause. It is hardly ever a response to pain or hunger. The baby just cries for no reason. As I am sure you already know, the colic is like an alarm you can’t snooze. For new parents, this can be very devastating. They start to lose sleep; they become edgy, and might even become depressed when they can’t shush their baby.

Although not all babies go through colic episodes, it is fairly common: 1 in every 5 babies experience it.

How Can We Distinguish Colic from a Normal Cry?

Colic usually starts in the baby’s third week and lasts until the baby is about three-months old. Because they cry for no apparent reason, there are not enough resources that explain the distinction between the two.

However, here are some things that would help you know if your baby is colicky:

1. Your baby would clench his fist and close his eyes tight as he cries

2. Your baby cries even though you’ve just recently breastfed him

3. Colic usually occur at about the same time every day (early evening is the common time)

What Causes Colic In Babies? 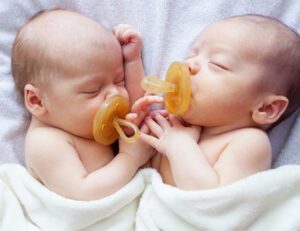 Below are some of the probable things that trigger colic in babies:

1. Acid Reflux: As adults, there are days when we eat something peppery, and after a while, the peppery stuff comes back up our throats and into our mouths. Well, babies experience something similar. It burns their chest and throat, and could trigger a colic episode.


2. Overstimulation: In the first weeks after a baby is born, they still have the ability to block out noise. However, after the first three weeks, that ability weakens and they now start an adaptation phase. This would allow them get used to the world. For many babies, this task can become overwhelming to process and they end up crying to relieve their stressed nerves.


3. Allergies: Colic could also be triggered by food allergies. For parents who feed their babies formula, it could be an allergy to cow milk.

How to Handle Colic In Babies 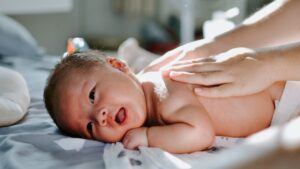 There is no one-size-fits-all. First thing to do as a parent is to respond. Cuddle your baby. Carry the baby around if it helps. Sing softly to your baby. Since one of the possible triggers of colic is overstimulation, parents could try to limit the number of people that enters the room so as not to distract the baby. In African homes, newborns hardly lack visitors. Your neighbour’s kids are always going to want to carry your baby, but you have to allow your baby some time to calm.

Parenthood is arduous, especially for new parents. Some parents become so frustrated that they even consider harming their child. The psychological strain can be that bad. The work of handling babies is not a duty for one person. Both parents should try to be actively involved to lessen the workload.

So, weather for two? Or are you no longer ready?